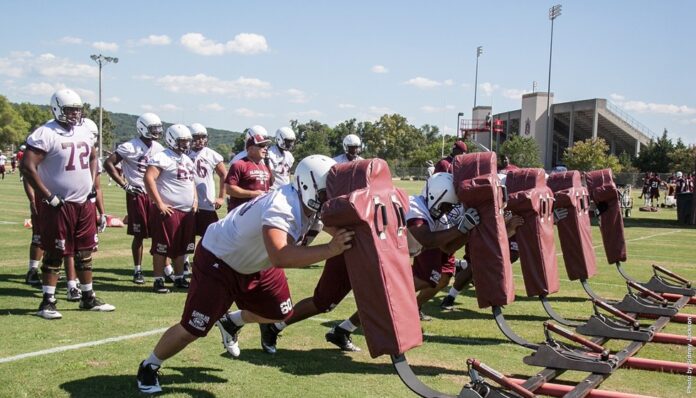 NORMAL – Under a bright sunny sky Saturday afternoon, the Alabama A&M football team began its work for the 2015 campaign.

It’s also the start of the second season for Head Coach James Spady.


“We have a better feel of things,” Spady said. The coach also said the staff is familiar with the young but experienced, which is a step ahead of last year, as well.

The team will be working on the basics, while mixing in the offensive and defensive schemes, in the first few days.

“We’ll have a lot of fundamentals for the first couple days,” Spady said. “We’re going to throw the kitchen sink at ’em … figure out what works and throw out what doesn’t.”

He said the staff will target three main areas – quarterback, the offensive line and the defensive line.

“We believe you have to run the ball to win game,” Spady said. “And stop the run to win games.”

The quarterback, like last season, will be a first-year player, he said,

“We’ve got to figure out who’s the guy,” Spady said. “The best player will play, the second best will be his backup.”

In the meantime, the players will be going through the blocking and tackling drills, learning the plays and aiming for the opener Sept. 5 at the University of Cincinnati.

And the clock is running, Spady said.