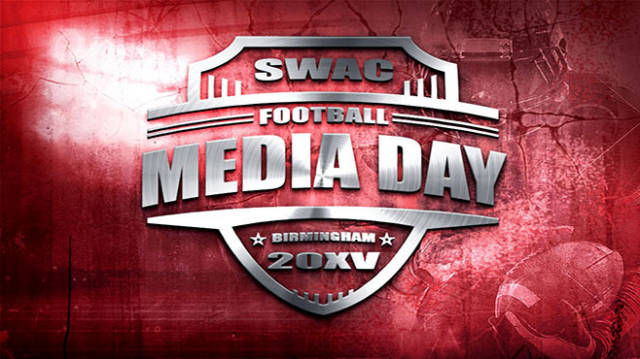 Charles Edmond of WPRL (Alcorn State) managed to get a few minutes to talk one-on-one with SWAC Commissioner Duer Sharp on Friday during the league’s annual media day.

In addition to speaking on the usual excitement associated with the kickoff of the 2015 football season, Sharp also took a moment to address questions regarding the inaugural Celebration Bowl, the conference’s new 7-game scheduling format to begin in 2017 and the overall improvement of member APR scores.

Of particular note regarding the SWAC’s new 7-game schedule format, Sharp acknowledged that member schools would have the option to schedule games against each other that would not be counted in the conference standings.

“I think they [SWAC member schools] did leave themselves that flexibility where you can play somebody in the conference who’s not on your conference schedule,” Sharp said. “We thought it was confusing from a conference standpoint. You’re just going to confuse the fan. But the schools felt like ‘we’ll just promote it, we’ll promote it and make sure to let folks know that this is not a conference game, but we’re playing for tradition’ or whatever the case may be.”

Listen to the full interview below courtesy of Charles Edmond/WPRL.