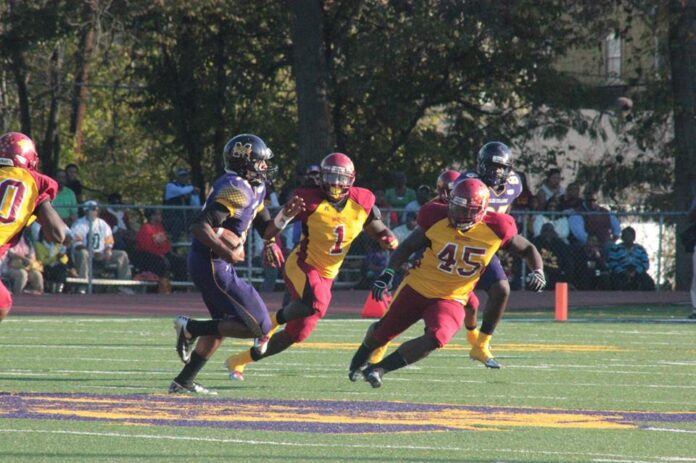 Tuskegee will enter the 2015 season as defending conference champions after rolling through the 2014 season on their way to the Division II playoffs.

The defense also returns SIAC Freshman of the Year Osband Thompson and All-SIAC member Michael Robinson to a unit that that ranked among the best in Division II in 2014.

The Golden Tigers offense will get back quarterback Kevin Lacey, who threw for 1,299 yards to go along with seven touchdowns and seven interceptions in spit duty last season with the departed Justin Nared.

Much pressure will be on Lacey to carry even more of the load after the team’s leading rusher Hoderick Lowe is reportedly academically ineligible and will miss the 2015 season. Tyree Brooks, who only had 58 carries last season, is now the projected starter.

However, with enough quality depth on both sides of the ball, Tuskegee should be in the mix to win the division and compete for another SIAC championship.

With defending division champion Albany State breaking in a new head coach and quarterback, the Eastern Division will be open in 2015.

The Wildcats were right in the middle of the SIAC East race before stumbling at the end of the regular season.

Quarterbacks Marcus Eady, who accounted for 11 touchdowns and Otis Brown, who tallied 12 total touchdowns, will compete for the starting job when fall camp opens.

They will try to meld with big play wide receiver Drelon Freeman, who scored 11 touchdowns on just 33 catches last season.

The defense, which kept the team in so many games in 2014, is expected to return nine starters led by senior defensive back Brian Walker and fellow senior Stefon Harper. The secondary accounted for 18 interceptions a season ago. The second level of the defense should help the front seven, which returns standout linemen Aaron Davis and Larry Matthews.

After a stunning decision to retire from Albany State, Mike White seemingly will have his hands full trying to revive a Benedict outfit that won just two games in the SIAC last season.  But White is a proven program builder, and Benedict has enough talent to be a pesky opponent in 2015.

Drelon Freeman totaled 720 receiving yards and 11 touchdowns on just 33 receptions in 2014. While there is uncertainty at quarterback heading into the regular season, Freeman figures to be a much bigger part of the Fort Valley State offense this season. And if he is, watch out.