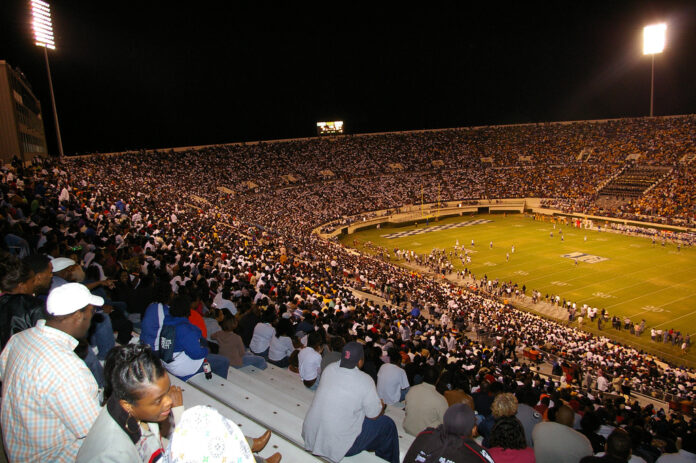 BIRMINGHAM – Ala. The Southwestern Athletic Conference is the top attended football conference in the NCAA Div. I- Football Championship Series (FCS). As a league, the SWAC averaged 12,781 fans at each of its 57 home football contests.

The SWAC outnumbered the Missouri Valley Conference by nearly 2,000 in attendance, despite playing 10 less total games in its league. The Big Sky Conference finished third with an average of 9,508.

The SWAC has been the FCS leader in attendance 36 of the last 37 years; however, the average does not include neutral site games such as the Magic City Classic which drew a crowd of 67,710 and was the highest single-game attendance figure in 2014, the Bayou Classic (57,852), and the State Fair Classic (32,877). These contests were three of the highest attended games in the country among the FCS level.

The SWAC and the MVC were the only two conferences with an average of over 10,000 fans per game with a total attendance average 728,523 and 724,064 respectively.

Alcorn State and Southern University played in front of a SWAC Championship crowd of 39,583 in Houston’s NRG Stadium which was fifth best out of eight football conference championship games.