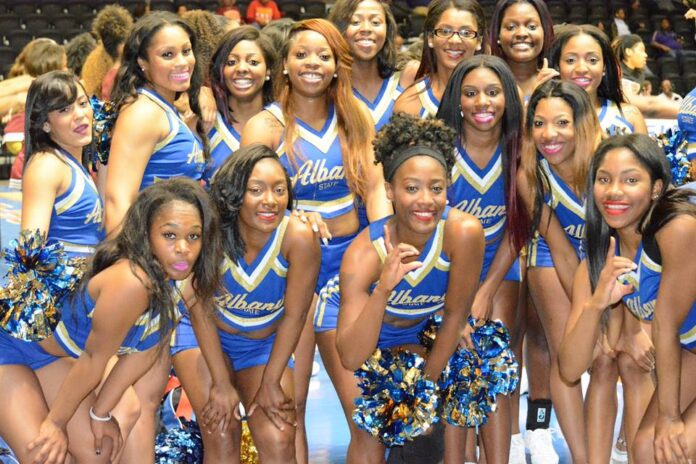 There was a fight between Tuskegee and Albany St. cheerleaders at the SIAC tourney. pic.twitter.com/zYHXKHvtYc

Albany State cheerleaders and members of the school’s dance team were sent back to campus following a fight with Tuskegee cheerleaders during the SIAC basketball tournament Tuesday night.

SIAC officials said the brawl happened during halftime of Tuskegee’s 80-63 win over Albany State. No injuries were reported, the SIAC said. The game was not impacted by the fight.

“The obligation to observe basic principles of sportsmanship and fair play extends to all participants at the SIAC basketball tournament,” according to a news release. “As a consequence of the incident on Tuesday, the cheerleading and dance teams from both Albany State University and Tuskegee University will not be permitted to participate in our tournament for the remainder of the week.”

Through its own statement, Tuskegee said it will conduct an investigation into the incident in accordance with the school’s code of conduct policy.