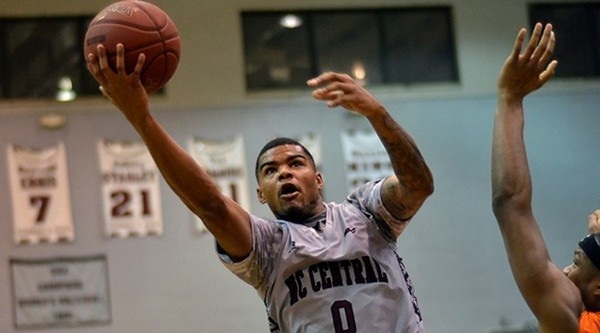 With the victory, UMES improves to 10-9 and 3-1 in the MEAC. UMES currently sits in fourth place in the MEAC standings, behind North Carolina Central, Norfolk State and Hampton.

This is the latest that a Hawk team has held a winning record since the 1993-94 season when UMES finished at 16-12. The win already clinches the first season with double digit victories since 2010-2011.

The win also represented the third straight MEAC win for UMES, going back to the North Carolina A&T victory in December.

It’s the first stretch of three consecutive conference wins since late in the 2010-11 season.

With the 30-point margin, UMES recorded their biggest conference win by margin of victory since December 3, 2001 when the Hawks defeated Florida A&M by a final score of 85-54.

The Hawks will try to extend those streaks when they battle South Carolina State on Monday night. The Bulldogs will enter the contest with a 5-14 record, and a 3-2 mark in the MEAC.

The Wildcats (5-13 overall, 1-3 MEAC) earned their first road win of the season after in nine tries in additional to breaking into the win column in league play.

Quintin Brewer and Brandon Stewart each scored 13 as Bethune-Cookman rallied from a 41-33 deficit to take a 50-49 lead on a Dear jumper with 3:58 to play.

Taariq Cephas had 12 points for Coppin State, which lost its 12th straight.

Holmes shot 6 of 11 from the field, including 4 of 6 from behind the arch, to finish with 18 points, 11 rebounds, three assist and three steals.

Hilliard, who was 3-for-5 from long distance, tallied 13 points, six assists and five rebounds for the Eagles.