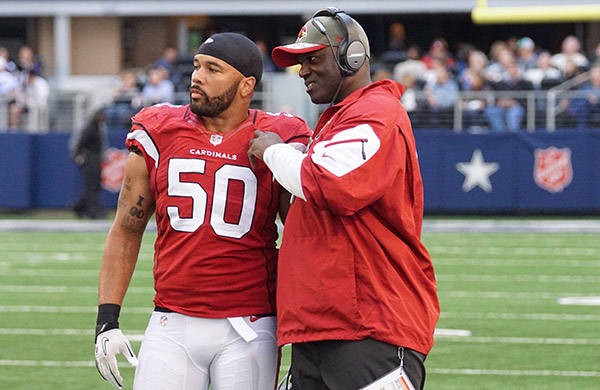 The Jets signed the 51-year-old Bowles to replace Rex Ryan, who was fired, along with GM John Idzik, on Dec. 29 after six seasons. Bowles was a hot coaching candidate after leading the Arizona Cardinals defense to one of best units in the NFL.

He also interviewed with the Chicago Bears, Atlanta Falcons and San Francisco 49ers.

Bowles, who is a native of Elizabeth, New Jersey,  served as the Jets’ defensive backs coach in 2000.

Bowles, a Temple University graduate, played in the NFL for eight years, including starting for Washington on their 1988 Super Bowl team.