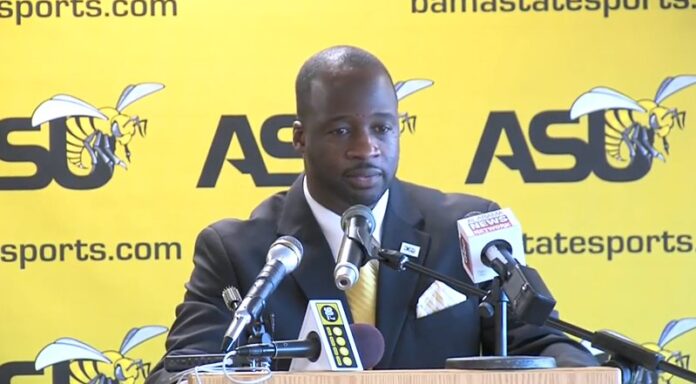 The dust has begun to settle on the annual attraction known as head coach hiring season with seven HBCU job openings filled so far after an onslaught of activity at the end of the 2014 season.

There were some familiar names in new places and new faces in old places who will need to wear name tags for some time until their respective fan bases get accustomed to them.

8. Albany State – James “Mike” White (who we will get to later) abruptly retired and then shockingly took the Benedict job just 15 minutes later — or so it seemed. Whoever is hired will take over a group that won the SIAC East Division and lost to Tuskegee in the league championship game.

Wood was hired last month after a long, drawn out search process that saw FAMU change athletic directors in the middle of it all. Wood has more than 30 years of coaching experience at the high school, collegiate and professional levels. He served as head coach at James Madison from 1995-1998 and led them to an 8-4 record and the FCS playoffs in his first season. His mettle will surely be tested next season Florida A&M attempting to turnaround a program that has posted a 17-29 record over the last four years.

Thweatt, 36, will replace Latrell Scott who left Virgina State for Norfolk State in December. He has a football pedigree formed as a player at Virginia and assistant coach for eight years at FCS power Richmond.

Thweatt’s biggest strength is his ability to recruit. He served as recruiting coordinator at Richmond and helped build the program into one of the best in country.

Virginia State will head into next season coming off a CIAA championship and trip to the Division II postseason. Having a young coach with recruiting chops should lead the program to being able to sustain success for the foreseeable future.

Sims is intimate with the Wildcat program after being part of Brian Jenkins’ staff for five years as an assistant before he bolted to Alabama State.

These in-house hires usually work out, especially for a program that has been as good as B-CU has been. There will be little adjustment period for Sims, who was the assistant head coach in addition to working with on the defensive side of the ball.

He has a rapport with many of the players, staff members, community and university. We don’t know how the Wildcats will be impacted by the loss of Jenkins long-term, but having a coach who understands all the inner workings should make the transition much easier.

White was supposed to be retired when he left Albany State. That was until he showed up at Benedict hours after he announced football was in his rear view mirror.

Even though Benedict has three players who were selected to play in the All-American Bowl, the Tigers were a bad football team under then head coach James Woody. Benedict is 6-20 in their last 26 SIAC contests. White is seemingly walking right into a rebuilding project. At his age, I don’t know whether he will have the patience to oversee such a long-term project.

The Panthers showed promise in 2013 only to regress in 2014 after being the trendy pick to compete for a SWAC championship. Prairie View’s season ended early after they lost their first four games. Not good when you only play 10 games. A late flurry wasn’t enough to save Heishma Northern’s job.

In an effort to stick to their offensive identity, the school poached Simmons away from Alcorn State. He orchestrated an offense that averaged 50 points per contest on its way a SWAC title.

Simmons aids the offense in more ways than drawing up plays that score touchdowns. His ability to help develop John Gibbs Jr., is something Prairie View should be excited about, especially now that they will be looking to replace the departed Jerry Lovelocke. If he can fix the defense, then Prairie View could be in the running for the SWAC West crown in short order.

Scott has been one of the best head coaches in HBCU football for years. He’s won everywhere he’s been, including at DII Virgina State. With nothing else left to prove, Scott jumped at the chance test himself in probably best HBCU football conference in the country at Norfolk State.

NSU is a team that has been built on defense with little regard for offense.

The Spartans were among the lowest-scoring teams in the FCS in 2014, averaging a sub par 11.7 points per game.

Describing his offense as “exciting,” Scott hopes to develop a unit that will marry well with a defense that is among the best in the MEAC. It figures not to take long for Norfolk State to be an even bigger pest in an already deep conference with offensive punch in tow.

After denying contacting Alabama State about its vacant head coach job, Jenkins found his way Montgomery to stay as the new Hornets coach. Alabama State has elevated itself over the last few years. A new on-campus football stadium is the crown jewel of multimillion-dollar campus improvement initiative. Jenkins is the cherry on top.

Alabama State has always had the talent on paper to win the SWAC. Preseason brides, but some mid-season or late-season hitch left them missing the alter.

But with only one championship game appearance to show for it under Reggie Barlow in eight years, the administration quickly axed him and targeted Jenkins, who compiled a 46-14 record in five seasons at Bethune-Cookman. The Wildcats were 34-6 in the MEAC  under Jenkins with three FCS playoff appearances. Bringing on Jenkins Undoubtedly propels the Hornets the favorites to win the SWAC title in 2015.