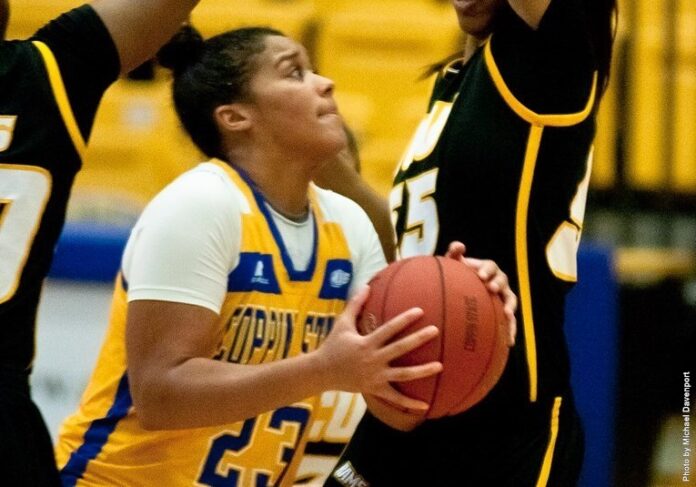 “Of course I wouldn’t let us lose,” Swails said vehemently. “We have a long standing with Norfolk State when it comes to us playing against them and I wasn’t going to let my team down at all.”

Swails scored seven of her 16 points in the last five minutes of play with three back-to-back baskets to tie the game. She also had seven rebounds, three steals, and a block.

Genesis Lucas had a career night with 12 points and four steals in 28 minutes. Her free-throws with 56 seconds left provided the winning margin for the Eagles.

Omaah Tayong earned her third career double-double with 11 points and 10 rebounds. This is her second consecutive game with 10 boards.

“They proved to me that they can win a close game,” head coach Derek Brown said. “That’s the first thing I said to them in the locker room because we hadn’t been in any close games this year. This is the first conference game and we wanted to make a statement in the MEAC.”

The last six minutes of the first half foreshadowed the back-and-forth battle that would ensue as the two teams traded baskets on an 11-10 run favoring the Spartans. Coppin State came out of the locker room swinging, but Norfolk fought hard to take the lead with five minutes, 38 seconds on the clock. Swails closed the five-point deficit and Lucas put the icing on the cake.

Coppin State has the rest of the week to prepare before it travels to face Howard University Saturday at 2 p.m.

“In order to win games in the MEAC, you have to be able to execute better than your opponent,” Brown said. “I think this year everyone is as good as each other and whoever defends the best and executes the best on offense will win.”