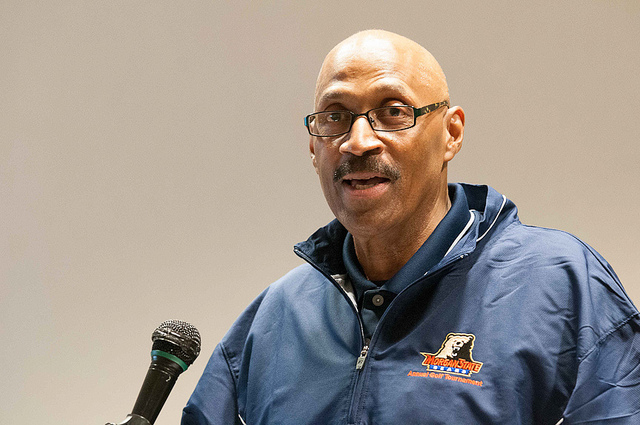 The presidents of the MEAC and SWAC member schools have agreed to play in a postseason football bowl game in 2015, according to Morgan State athletics director Floyd Kerr.

Kerr made a Dec. 20 call-in appearance to The Carlos Brown Show on WUBR-910 (Baton Rouge, La.) where he confirmed rumors that the MEAC would forego its automatic bid to the NCAA FCS playoffs to have its conference champion compete against the SWAC’s champion.

It’s a game, created by ESPN, Kerr says will pay each conference $1 million.

“The presidents of each league have decided that, yes, this is going to happen,” Kerr said, “ESPN is the driving force behind it and it’s been vetted quite well.

Kerr said the MEAC delegates, presidents and commissioner Dennis Thomas spent the past year pondering the impact associated with no longer participating in the playoffs, including the perception of being separated from “the mainstream as African-Americans and black colleges” versus the need for the conference to “take charge” of its own financial destiny.

Citing a “climate of change” within in NCAA’s structure and noting that all members of the conference are LRIs (limited resource institutions), Kerr indicated the primary obligation for the conference was to be able to adequately fund its athletic programs, which so far, has been a challenge.

“All of us operate at deficits and we have to solve these financial issues because our institutions are not funding us at the levels that we can remain competitive,” Kerr said. “We have to figure out ways to better fund our programs without taxing the students at our institutions or the general funds of our institutions, which are already under tremendous fire to increase enrollments, grow revenue [and] graduate students.”

According to Kerr, the MEAC/SWAC Challenge, a football game (also owned by ESPN) played annually at the beginning of the season, featuring a team from each conference, will continue as well.

Kerr said an official announcement on the new bowl game should come out “pretty soon.”

Below is the entire audio segment.