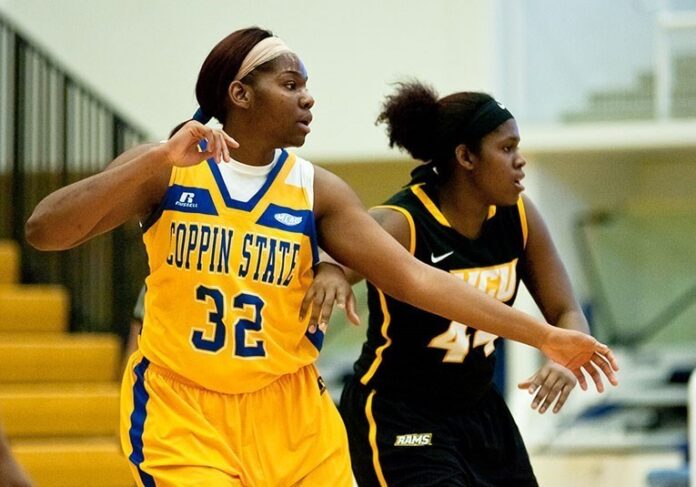 CORAL GABLES, Fla. – The Miami Hurricanes used a 21-0 run midway through the first half to pull away to a breezy 83-47 win over the visiting FAMU Lady Rattler Basketball team in the opening round of the Miami Post Christmas Invitational at the Knight Center Sunday afternoon.

Olivia Antilla was the only other FAMU player to score in double figures, with 11 points. Freshman Brooksie McGraw led FAMU with seven rebounds, while junior Khaderja Young had seven points and four rebounds.

BALTIMORE – Coppin State closed its non-conference schedule with a 63-52 setback to Virginia Commonwealth Sunday afternoon in the Physical Education Complex.

The Eagles (1-10) were led by junior guard Janelle Lane with 17 points. This is her 13th career game and sixth time this season scoring double figures.

Omaah Tayong grabbed 10 rebounds a second time this season. She has four career games with 10 or more rebounds.

STONY BROOK, N.Y. – Lisa Mifsud scored 16 points, including the go-ahead jumper with 57 seconds left, as Holy Cross escaped with a 63-62 win over Norfolk State on the first day of the Seawolves Holiday Classic hosted by Stony Brook on Sunday afternoon at the Island Federal Credit Union Arena.

The Crusaders (4-8) trailed most of the second half until Mifsud’s basket with less than a minute remaining. The Spartans (2-8) had several chances to tie or retake the lead, but a turnover, two missed three throws and a missed field goal thwarted NSU’s chances.

Rae Corbo, the MEAC’s leading scorer, scored a game-high 25 points for the Spartans.

Corbo finished 8-of-20 from the floor, 2-of-8 from 3-point range and 7-of-7 from the free-throw line. She was the only Spartan in double figures, but Jazamine Gray matched her career high with nine points. Aivah Parham and Nia Roberts chipped in with eight each for the Spartans, who shot 33.8 percent from the floor (22-of-65). Parham had a team-high nine rebounds and Kayla Roberts added seven.

The Spartans complete their tournament schedule with a 2:30 p.m. game Monday against host Stony Brook.