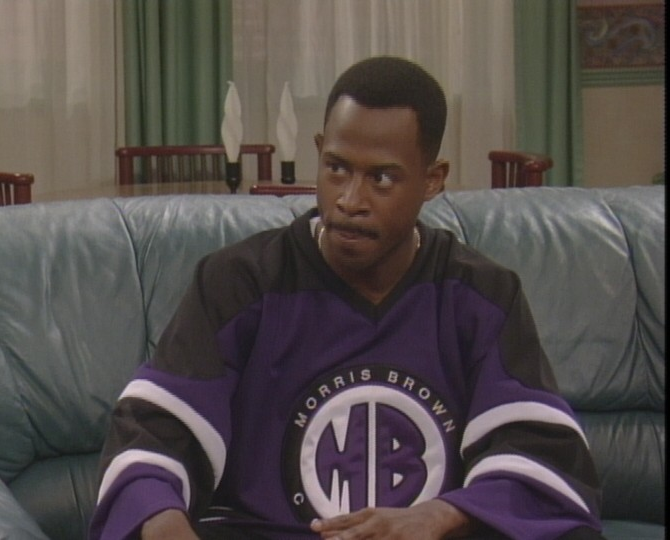 Budget. Revenue. Income. By now we all have heard the same tired narrative surrounding these terms. We get it. Many HBCU athletic departments are struggling financially; however there may be a solution.

The market for collegiate apparel is booming. It generates $4.6 billion in sales and has some 60 million minority fans. Typically colleges, athletic conferences and some sporting events rely on licensing companies to protect, promote and grow their brands. These companies specialize in everything from creating product designs to placing apparel in distribution channels.

The largest of these companies, the CLC (Collegiate Licensing Company), is responsible for 80% of the market share and has paid its partners more than $1.5 billion in royalties. Cory Moss, managing director of CLC, explains the importance of these figures. “When [these companies] are targeting colleges well, they’re targeting a younger demographic that will grow up with their brand.”

Has a younger demographic been properly introduced to HBCU brands via apparel? One simple answer…no.

Of the CLC’s 200 clients, only six are HBCUs (Florida A&M, Howard, Morgan State, Tuskegee, Grambling State, and Southern). Two other licensing companies, License Resource Group and Strategic Marketing Affiliates, have a total of 23 HBCU clients. This means that only 29 HBCUs are conducting business with the top licensing agencies. Without the support of these agencies, many HBCU alumni and fans can only find their team’s apparel when visiting their campus bookstore or attending homecoming. Even worse, many are left to buy non-licensed HBCU apparel in which the schools collect no royalties. Failing to pair with licensing companies could be the reason many HBCUs limit the reach of their brand. It’s a strategy which doesn’t make much sense in today’s marketplace.

HBCU apparel is unique because it has yet to tap into its potential mainstream appeal. Back in the day, it was commonplace to see black actors and rappers such as Will Smith, Martin Lawrence, and Queen Latifah donning HBCU apparel on television. From Run DMC’s song “My Adidas” to Nelly’s “Air Force One’s”, the hip-hop community has always been on the forefront of fashion trends.

According to Nielsen he National Newspaper Publishing Association (NNPA), 73% of whites and 67% of Hispanics believe blacks influence mainstream culture. Nielsen and the NNPA describe young African-Americans as key influencers and a strong base for building brands.

Today, hip-hop is still being used to sell collegiate apparel. Only this time the black actors and rappers are selling PWI’s collegiate gear. Just this month, Syracuse University announced a collaboration with New York rapper A$AP Ferg. The collaboration consists of limited edition hats, t-shirts, sweatshirts, and other athletic wear designed by A$AP Ferg. The aim of this promotion is to create excitement and expose new fans to the Syracuse University brand. To some, the collaboration between Syracuse and A$AP Ferg may seem unusual. However, Syracuse and other PWI’s understand the influence and buying power of the hip-hop community and use it as tool to generate revenue. Imagine the excitement and sales a collaboration between a rapper and HBCU could generate.

Hip-hop is no longer a niche market; it transcends racial, social, and economic demographics. If HBCUs really want to become players in the 4.6 billion dollar collegiate apparel industry, they must tap into the buying power of the hip-hop community and take their apparel mainstream. By collaborating with successful licensing companies and top hip-hop figures, HBCU apparel could reach new levels of success and relevancy.

Thomas Scott is a Tuskegee University alum, father and avid HBCU Sports fan. You can follow him on Twitter @TommieKukoc