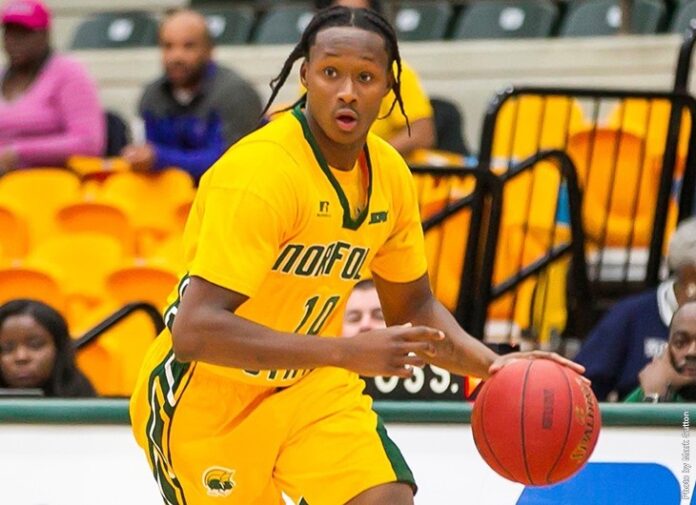 NORFOLK, Va. – The opponents may change but their production does not.

And after leading the Norfolk State men’s basketball team to another solid win on Friday night at Joseph Echols Hall, juniors Jeff Short and RaShid Gaston have become arguably the top duo in the MEAC.

For the third time in five games, both players reached the 20-point plateau in the same contest, and the most recent result was an 81-62 victory over Northern Arizona in NSU’s last home game in nearly a month.

Short tallied 25 points on 9-of-12 shooting, while Gaston added 20 points and 11 rebounds to pace the Spartan offense.

NSU outscored Northern Arizona by 18 in the first half while shooting better than 57 percent overall for the game.

The Lumberjacks were coming off an upset of mid-major Saint Mary’s on Tuesday on the road, but the Spartans used an efficient offense and some tight defense to move to 8-5 on the season.

Short scored at least 20 points for the fifth time in seven games, while Gaston had his seventh double-double in the last eight games.

The forward also tallied his eighth straight game with double-digit rebounds, the longest such stretch by an NSU player in Division I history. Gaston has also scored at least 20 points in four of the last six games.

Aaseem Dixon and Jaleni Neely led the way with 17 and 12 points, respectively, off the bench for Northern Arizona.

Despite committing just two less giveaways, the Spartans finished with a 21-11 edge in points off turnovers.

NSU will hit the road for six straight games, beginning next Monday with a contest at James Madison.