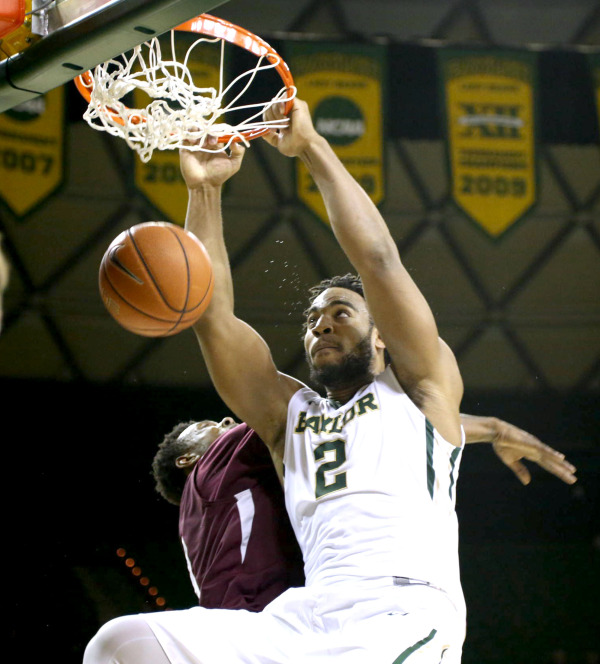 WACO, Texas — Rico Gathers scored a career-best 23 points and 13 rebounds to lead Baylor to a 75-49 win over Texas Southern on Monday.

Lester Medford scored 13 and Taurean Prince had 11 points for Baylor (6-1), which is now 46-0 against teams from the Southwestern Athletic Conference.

TSU trailed 41-22 at the break and opened the second half falling victim to a 15-3 run that included seven points from Gathers. Medford contributed a 3 and a breakaway layup during the streak that left the Bears up 56-25 at the 16:36 mark.

The Tigers fell behind early. With the game tied at 4, back-to-back three pointers from Medford began a 14-2 run that also included a three and a layup by Prince.

Texas Southern had baskets from Thomas and Deverell Biggs to pull within 18-10 with 12:03 to play, but that was as close as the Tigers could get. Baylor closed the half on an 11-6 run capped by a three-point play by Gathers with 3.4 seconds left. Tonnie Collier hit a long baseline jumper at the buzzer that the officials reviewed for several minutes before deciding that he got the shot off in time.