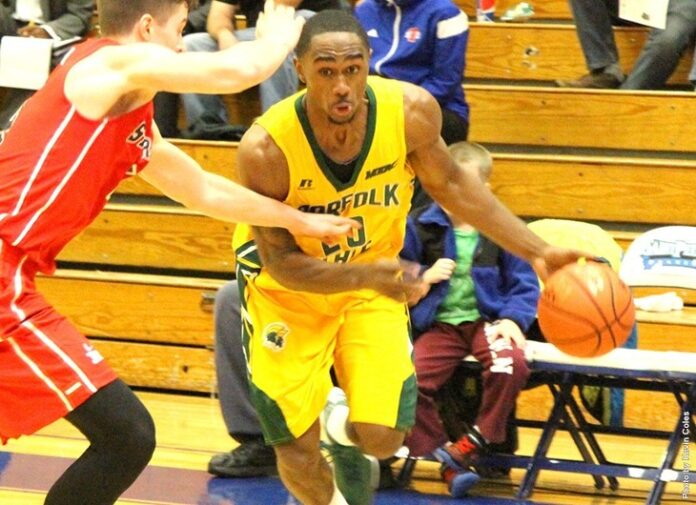 NICEVILLE, Fla. – North Carolina Central University used a 14-to-2 run midway through the second half and played lockdown defense the rest of the way to hold off the Lumberjacks of Northern Arizona University to win the 2014 Emerald Coast Classic Championship in the consolation bracket on Saturday by the 40-36 tally inside Raider Arena in Niceville, Florida.

The win marks the lowest points scored in an Eagle victory since the maroon and gray beat West Virginia State 37-31 on Jan. 29, 1944.

Jordan Parks paced the maroon and gray with 12 points, while Anthony McDonald added all 10 of his points in the second frame to propel the Eagles to the big win.

The maroon and gray won despite not making any field goals over the final 8:28 of the game,  shooting 3-for-21 (14.3 percent) from-the-outside, and went 7-for-12 from the foul line.  The Eagles outscored the Lumberjacks in-the-paint at 20-14 and 12-to-5 in points off turnovers.

JERSEY CITY, N.J. – Call the Norfolk State men’s basketball team the cardiac kids. After their performance in the Saint Peter’s division of the Barclays Center Classic on Saturday evening at the Yanitelli Center, it is well deserved.

The Spartans used a huge 19-0 run late in the game, fueled by some outstanding defensive pressure, and then withstood a late barrage of 3-pointers by host Saint Peter’s to claim the divisional championship trophy with a 60-58 victory.

PRINCESS ANNE, Md. – The University of Maryland Eastern Shore men’s basketball team got back in the win column with a 72-66 victory on Saturday afternoon. UMES (2-6) defeated Fordham University for their second win on an eight-game trip away from Princess Anne to start the regular season.

The frontcourt duo of Mike Myers and Dominique Elliott led the UMES offense, with Myers scoring 20 points on 7-of-12 shooting from the floor. Elliott contributed a season-high 12 points and a team-high seven rebounds. Freshman Ryan Andino hit some timely three-pointers, ending up with a career-high 12 points as well. Point guard Isaac Smith III matched his career-high by dishing six assists.

Before the season, the Hawks had gone four years in between road non-conference wins. Under first year head coach Bobby Collins, UMES has notched two such wins already this season with Saturday’s win in addition to the earlier victory at Mount St. Mary’s.