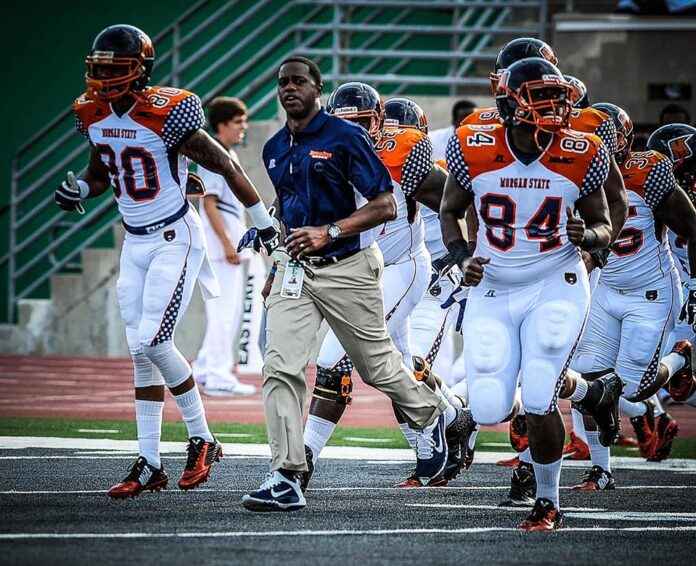 Morgan State head coach Lee Hull was named the Mid-Eastern Athletic Conference Coach of the Year and senior Darren Pinnock was named Offensive Lineman Player of the Year in the MEAC individual awards, announced by the league office.

Hull earned the first MEAC Coach of the Year honor for MSU since Donald Hill-Eley in 2002. Pinnock earns the program’s first Offensive Lineman Player of the Year award in school history.

Picked last (9th) in the Mid-Eastern Athletic Conference preseason poll, Morgan State captured a share of the MEAC Title with a 6-2 conference record, marking its first conference championship since 1979.

With Morgan State’s resounding 69-7 regular season finale win against Delaware State, coupled with North Carolina Central’s 21-14 win against North Carolina A&T, the Bears not only clinched a share of the title but they also earned the league’s automatic bid to the FCS playoffs, its first Division I playoff berth in school history.

As a left tackle for the offensive line, aka the “Trench Mob”, Pinnock started in every game, graded out in the high 90s on all his blocking assignments, and was selected as the MEAC Player of the Week twice this season.