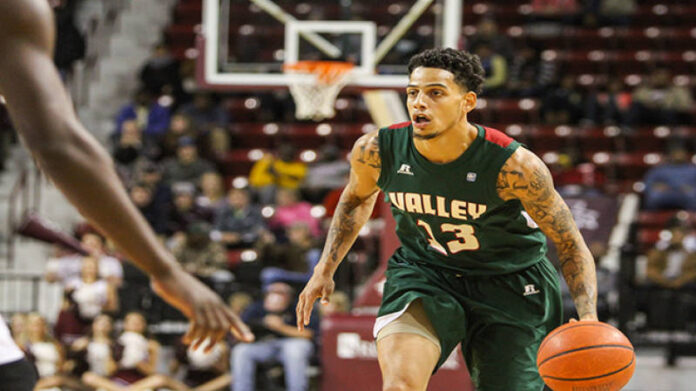 Robert Pratt was 7 of 9 from the field to lead Dillard with 17 points and six rebounds. Tyrone Williams scored 12 and JaCarre Crockett added 11.

The Blue Devils struggled from 3-point range, going 3-of-20.

FORT WORTH, Texas — Mississippi Valley State put up a outstanding effort in the second half, but was unable to capture a road win Monday night at TCU.

The Delta Devils dropped a 106-53 decision at the Wilkerson-Greines Center in the first of four games in Texas over the course of the this week.

Valley’s Jordan Washington continued his double-digit scoring streak, leading the Delta Devils with 13 points. It marked the fourth straight game with at least 10 points for the Memphis native, who leads the team in scoring (14.8 ppg). He made 4-of-11 shots Monday and contributed four rebounds.

Jeffrey Simmons added eight points for MVSU while Tyler Corley chipped in seven off the bench.

Valley rebounded from a 60-20 halftime deficit and scored 33 second half points. After shooting 20 percent in the first half, the Delta Devils made 37 percent of its shots in the second half.

The Delta Devils will be in Denton, Texas on Wednesday taking on North Texas. Tip off is scheduled for 7 p.m
The Delta Devils have yet to play a home game, and they won’t until December 20 when they host North Carolina Central. After traveling to Indiana, Mississippi State and Tulane, MVSU is in the midst of a Texas road swing with games against TCU and North Texas before a tournament in Corpus Christi, Texas.

MUNCIE, Ind. — Jeremie Tyler hit four of Ball State’s 14 three pointers and scored 18 points to lead the Cardinals to an 88-46 win over Grambling State on Monday.

Five of Ball State’s first seven shots were 3-pointers to build a 19-13 lead. Then the Cardinals outscored Grambling State 22-9 to close the half.

Telvin Marshall scored 16 points on 8-of-15 shooting for Grambling State (1-3). The Tigers committed 18 turnovers and were out-rebounded 35-23.

MEMPHIS, Tenn. — Shaq Goodwin came off the Memphis bench to score 16 points on 6-for-6 shooting and the Tigers ran away with a 77-49 win over Prairie View A&M Monday night.

Tre Hagood tossed in 16 points to lead Prairie View as the Panthers remained winless through their first five games. John Brisco added 11 points as Prairie View shot just 34.5 percent from the field (20 of 58) and just 3 of 18 from long range.

Memphis shot 50 percent from the floor, connecting on 24 of 48 shots while hitting 5 of 15 from deep. The Tigers also converted 24 of 32 from the line.