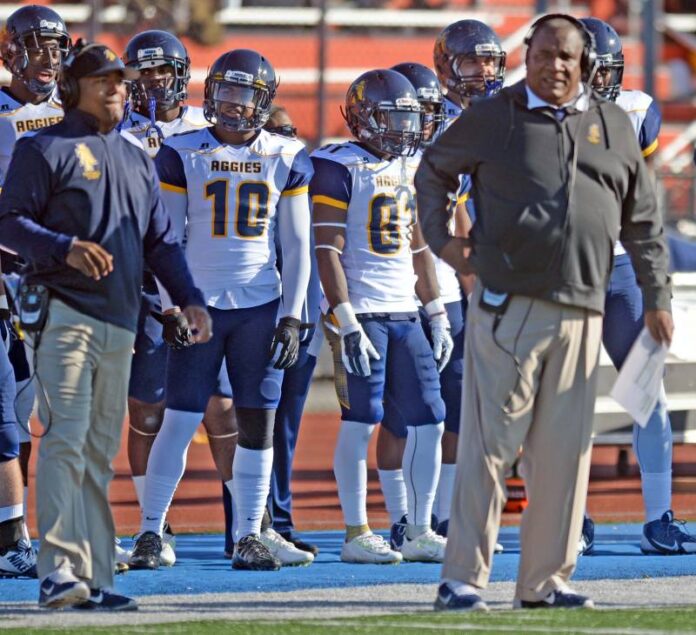 Here are a few things around the HBCU sports landscape that you should be paying attention to:

While Broderick Fobbs and Rod Broadway were both deserving of Eddie Robinson Award nominations, you’d think that Alcorn State head coach Jay Hopson would get a nod, too.

The non-conference basketball slate has gone as predicted. Blowouts rule the day.

Winston-Salem State is not going to the Division II playoffs, although they have been the best black college outfit over the last five years.  Life comes at you fast.

The MEAC tiebreaker scenarios might need to be straightened out by a blue ribbon committee if chaos happens this weekend.

Prairie View’s next head football coach can’t describe recruiting as going about it in a beat up hooptie like Heishma Northern did hours before he got canned.

Corey Fuller is eagerly raising his hand to be Florida A&M’s next head coach. Do you think the search committee is going to overlook that inexplicable call to run a QB sneak near the goal line with no timeouts in the final seconds only needing a field goal to tie?  The man’s got courage.

Alcorn State put up 48 points last year on a Jackson State team that was actually good.  What’s 48 multiplied by 2?

Morgan State is as thirsty for a win to stay in the MEAC race as Instagram models are for likes.

B-CU is not going to play down to their competition again, are they?

Buddy Pough and the Bulldogs are sniffing on the heels of North Carolina A&T. Norfolk State’s offense has as much vigor as a Lifetime biopic about a deceased R&B starlet.

You think Rod Broadway is going to drop this one with the MEAC crown on the line? No way, Jose.  He’s one of the best big-game coaches around.