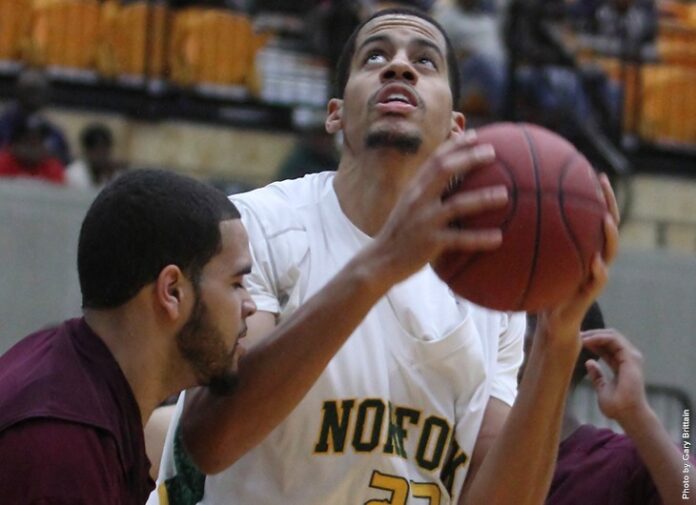 Former Norfolk State center Brandon Goode will continue his basketball career after being selected by the Delaware 87ers on Saturday in the NBA’s Development League draft.

Goode was chosen with the first pick in the sixth round, the 91st overall selection, by the Philadelphia 76ers D-League affiliate.

He shot better than 61 percent from the floor, ranking second in the MEAC, and was a three-time MEAC Defensive Player of the Week. Goode also finished 42nd in the nation in blocks per game.

He tallied 679 points, 458 rebounds and 160 blocks during his four years with the Spartans. Goode finished his career second all-time at NSU in blocks.

The 87ers begin training camp on Monday, with their first game of the year on Nov. 15 against Canton.