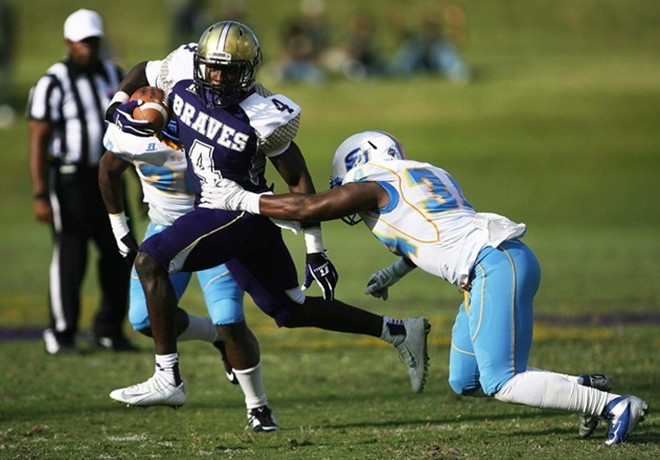 One can never truly know the mindset of a person when he or she decides to vote in a fan poll such as this one.

One person may use a formula that looks at all teams; their wins and losses and attempt to rank them based on the quality of the opponent, margin of victory, so on, and so forth.  Others, meanwhile, may simply vote through the colored glasses of the schools they follow – ranking that school first no matter the record – and ranking the rest in any random order.

Nevertheless, when all the votes are tallied, the results of a fan poll are always fascinating to say the least.  This week was no different.

Coming off of an impressive 56-16 win over Southern last Saturday, the Alcorn State Braves (4-1) were voted No. 1 in this week’s HBCU Sports FCS Fan Poll with 14 first-place votes.  Bethune-Cookman (3-1), a team that won a 34-33 thriller over Division II member Florida Tech, fell to the No. 2 spot with eight first-place votes.

Alabama State (4-1), who will face the Braves Thursday night in a game that will be televised on ESPNU, dropped to the third spot, followed by Tennessee State (4-1) and North Carolina A&T (4-1) to round out the top five.