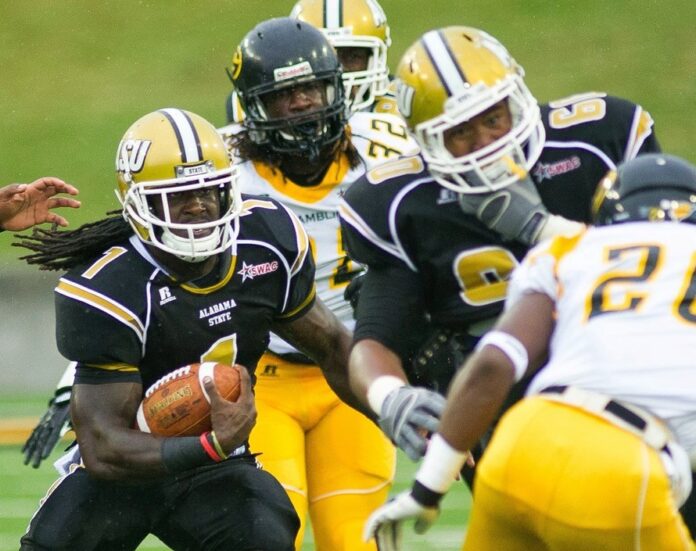 Isaiah Crowell’s NFL debut was a memorable one.

The rookie Cleveland Browns running back scored two second half touchdowns in a 30-27 loss to the Pittsburgh Steelers Sunday.

With Cleveland trailing Pittsburgh 27-3 in the third quarter, the Alabama State product scored on a three-yard carry to cut the deficit to 27-10.  He later scored a 15-yard touchdown to bring Cleveland within 21-17.

Cleveland would eventually tie the game before losing on a Shaun Suisham 41-yard  field goal as time expired in regulation.

Crowell would finish the game with 32 yards rushing and two touchdowns on five carries.

“I feel like me and Terrance (West) got a lot to prove just because we’re rookies,” Crowell said. “But I feel like we can be a good combination and we’re gonna do real good this season.”