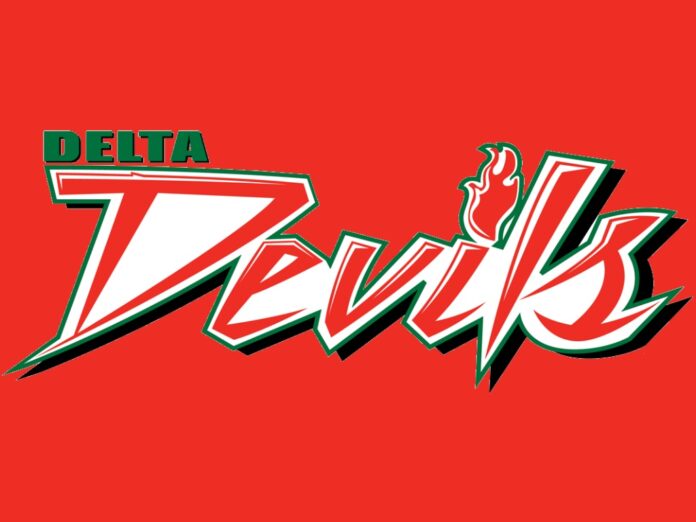 The Delta Devils upended University of Faith 32-8 at Rice-Totten Stadium to kickoff the 2014 season, giving the first-year head coach a win in his first game at the helm. Comegy, however, made sure to give credit to his assistants for a job well done.

The game started off sloppy for both teams with raining pouring down for nearly the entire first half. The Glory Eagles (0-2) were the first to get on the scoreboard with a 1-yard touchdown run following a MVSU fumble, but the Delta Devils (1-0) answered the bell and racked up 32 straight points.

Jerrell Moore, who made the switch from receiver to running back, made a huge splash with 116 yards and a touchdown on 15 carries. He had a 52-yard run and a 38-yard scamper for a touchdown late in the fourth quarter.

While Moore made the highlight plays in the backfield, All-SWAC performer Julian Stafford took care of the receiving highlights. The Memphis, Tenn. native led Valley with three receptions for 104 yards and two touchdowns. Patrick Ivy connected with Stafford on a 50-yard strike in the second quarter and again in the fourth quarter on a 17-yard pass.

Ivy, who split time with senior Carl Davis at quarterback, finished 7-of-20 for 130 yards and two touchdowns.

“I think we started off slow, but as the game progressed we picked it up as a whole,” said Ivy. “The offensive line really stepped up for us….Skill positions, as a unit, we have to back them up.”

While the offense made a host of big plays throughout the game, it was the Valley defense that came through in the clutch time after time. The Delta Devils limited the Glory Eagles to just 50 total yards, including negative 32 on the ground.