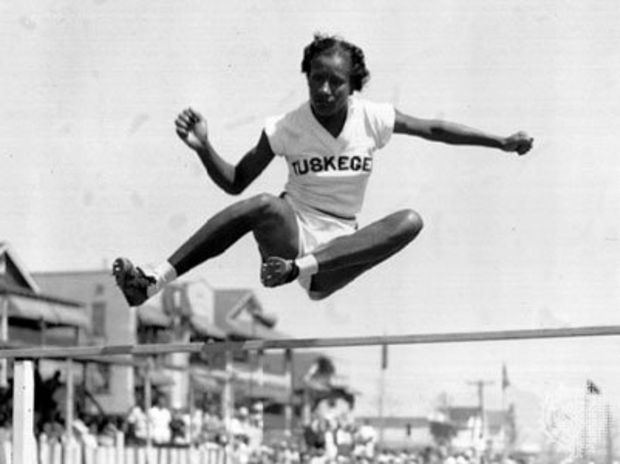 Alice Coachman, a world-class athlete and the first black woman to win an Olympic gold medal, died on Monday at the age of 90.

Coachman captured her gold medal for the United States in the high jump at the 1948 Summer Olympics in London.


Statements and bios released by Tuskegee University and Albany State, where Coachman attended and obtained degrees, chronical her story in great detail.

Alice Coachman was born on November 9, 1923, in Albany, Georgia. One of 10 children, Coachman was raised in the heart of the segregated south, where she was often denied the opportunity to train for or compete in organized sports events. Instead, Coachman improvised her training, running barefoot in fields and on dirt roads, and using old equipment to improve her high jump.

At Tuskegee, Coachman blossomed as a track and field athlete, competing in and winning her first Amateur Athletic Union Championship in the high jump—all before she’d even begun classes.

Over the next several years, Coachman dominated AAU competitions. By 1946, she was the national champion in the 50- and 100-meter races, 400-meter relay, and high jump. For Coachman, these were bittersweet years. While probably at the peak of her athletic form, World War II forced the cancelation of the Olympic Games in both 1940 and 1944.

Coachman obtained her degree from Tuskegee in 1946.

Finally, in 1948, Alice Coachman was able to show the world her talent when she arrived in London as a member of the American Olympic team. Despite nursing a back injury, Coachman set a record in the high jump with a mark of 5 feet, 6 1/8 inches, making her the first black woman to win an Olympic gold medal. King George VI, father of Queen Elizabeth II, awarded her the honor.

“I didn’t know I’d won,” Coachman later said. “I was on my way to receive the medal and I saw my name on the board. And, of course, I glanced over into the stands where my coach was and she was clapping her hands.”

In addition to being a member of countless halls of fame, Coachman set another historic first when she signed with Coca-Cola in 1952; becoming the first black woman to sign an endorsement deal for a multinational corporation.