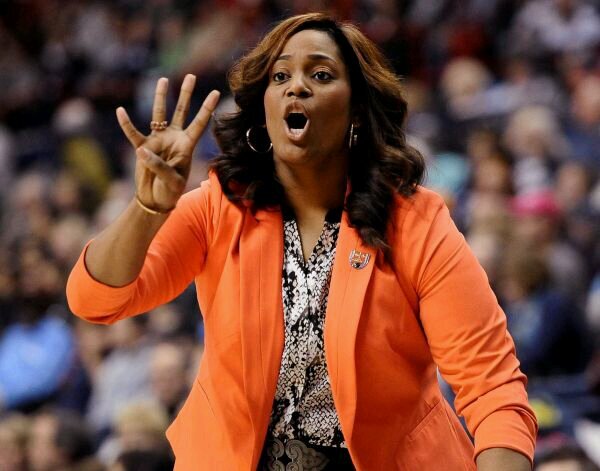 Prairie View A&M University has officially named Dawn Brown as its head women’s basketball coach.  Brown, who served on an interim basis this past season, becomes Prairie View A&M’s fifth head coach since the program moved to the NCAA Division I ranks in 1982.

“Coach Brown has done a tremendous job in continuing the overall success of the program on-and-off the court,” said Director of Athletics Ashley Robinson.

“She stepped into the position last summer and immediately proved herself as a solid motivator, teacher and recruiter.  Coach Brown has the desire to move the Prairie View A&M women’s basketball to another level in terms of its national profile after having an instrumental part in the program’s success over the past four seasons.”

Before coaching at Prairie View A&M, Brown spent four seasons as an assistant coach at Tougaloo College. At Tougaloo, Brown played a major part in turning the program around as the Lady Bulldogs finished the 2009-10 season with their best record in 12 years and advanced to the semifinal round of the Gulf Coast Athletic Conference Tournament.