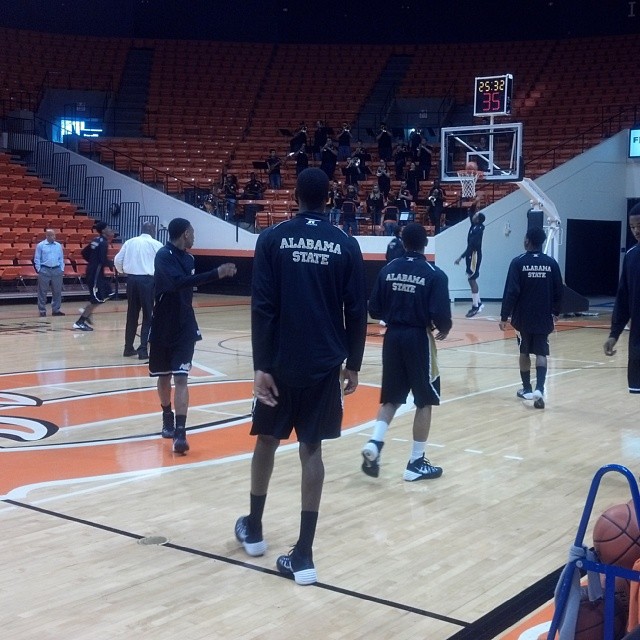 Both Alabama State and Norfolk State were eliminated from the first round of the CollegeInsider.com Postseason Tournament (CIT) Tuesday night.

A 15-of-58 shooting night for the Hornets resulted in a 71-49 loss to Sam Houston State.  ASU’s Brandon Graham scored 13 points and DeMarcus Robinson had 11.  Jemel Waters, the Hornet’s leading scorer, was held to three points.

“They are a very good ball club, they won 23 games this season,” Head Coach Lewis Jackson said.  “They were 13-1 at home and I thought we did a great job in the first half holding them to 28 points and we just couldn’t make shots.”

“Fatigue just caught up with us and in the second half we just got tired.  They were able to get out and get some layups on us, but it has been a long year and we had a long travel day trying to get here last night, getting here early this morning, but you have to give them credit.  They shot it well in the second half and we continue to struggle shooting the ball and making good decisions on offense.”

Alabama State ends the season with a record of 19-13.

Double-digit performances by Malcom Hawkins (16) and Brandon Goode (12) weren’t enough for Norfolk State to prevent a 58-54 loss to Eastern Michigan.

“The Spartans were not without their chances late in the game after the Eagles had gone up by seven at the Convocation Center. NSU had a chance to tie it with less than 10 seconds to go, but a 3-point attempt by senior Pendarvis Williams clanked off the iron, and EMU hit 1-of-2 from the line on the other end to finish the win.”

The Spartans end their season with a 19-15 record.