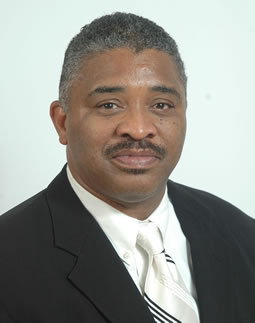 Grambling, La. – Grambling State University President Frank G. Pogue asked Aaron James to be interim athletic director for a second time since he’s been president. This time, however, he’s decided that James is his man.

“Aaron was a finalist when we looked at more than 80 candidates for the position, and he was a truly strong candidate,” said Pogue. “After asking Aaron to fill in just a short few weeks ago and after working with him and watching him work with others, it became obvious that our national search yielded a good batch of candidates, including our own Aaron James.”  “The AD job is a difficult and challenging one, but I have learned that Aaron can work cooperatively with anyone.”


“I’ve coached basketball at my alma mater. I’ve worked in athletics and development at my school,” said James, 60, who lives in Ruston, LA. “I’ve always wanted to be Grambling State University’s AD, so this is a dream come true.”

The appointment is pending approval by the University of Louisiana System Board of Supervisors The Board may consider the university’s request as early Tuesday of next week.

James said the biggest challenges for athletics include enhancing the university’s student-athlete academic performance in the classroom; bringing more recognition to lesser-known sports, especially women’s basketball and track and field and pursuing a more secure financial future with a student athletic fee.

He said he’s already working with Pogue, other administration officials and Student Government Association President Jordan Harvey and his team to help students understand the make-or-break issues tied to student passage of an athletic fee this academic year. He said failure to pass the fee could mean reducing the number of athletic programs, limiting the number of games played away from campus or even becoming a Division II or III in the NCAA.

“This is big stuff,” added James, a 2012 Louisiana Sports Hall of Fame member and a member of the Grambling Legends Sports Hall of Fame. “I don’t think our faculty, staff, students and coaches really understand what’s at stake, and it’s my job to make sure that they do.”

James said he’s proud of the 119 student-athletes who earned GPAs of 3.0 or higher in the spring semester, and he wants that to increase. “They are students first and foremost,” he said.
“We want them to get a good education, graduate and perform well in their respective sports.”

James moved into the AD’s office on the first level of the Fredrick C. Hobdy Assembly Center a few weeks ago. Now that the job is becoming permanent, he’ll start gathering his things and settling in, putting his mementoes, plaques and other things where others can see them and where he can see some of the history that brought him to this job.

“It’s an unbelievable opportunity, and I feel so blessed,” said James, who with his wife, Abigail, are the parents of two adult children, Brandon James of New Orleans, and Tiffiani James of Arlington TX.

An associate athletic director for marketing and promotions, he briefly served as the university’s interim development director with an office in the Institutional Advancement building.

“I’m from New Orleans, but I’m a Gramblinite and I’ll always be a Gramblinite,” said James. “I’m pleased to serve in whatever way I can; I’m just glad I can do my dream job.”

By HBCU Sports4 hours ago
News

By Kenn Rashad8 hours ago
Bands