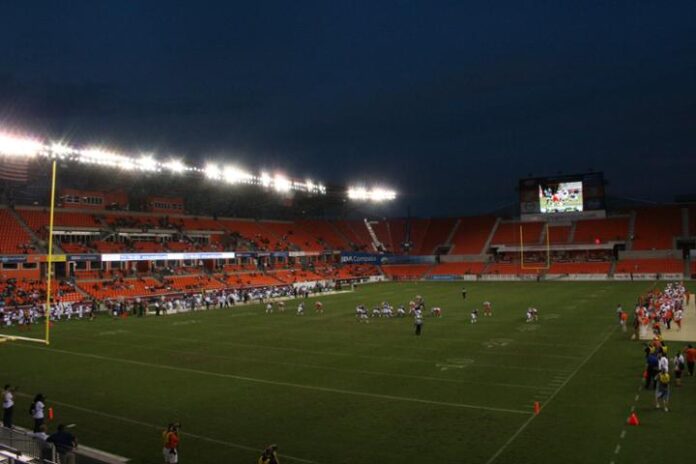 The Southern Methodist University football scandal ending with the dreaded “Death Penalty” punishment of the 1980’s seems quite similar to the recent actions of the Texas Southern athletic department according to the NCAA report.


Sanctions, both self-imposed by TSU and imposed by the NCAA, include postseason bans for football through 2014 and men’s basketball through 2012-13, football scheduling and scholarship restrictions and an order vacating won-loss records and championships from 2006 through 2010 in all sports and through 2011 in women’s soccer and football.

The Tigers have also spent 16 of the past 20 years either on probation or in violation of National Collegiate Athletic Association rules, and was recently citied with violations of lack of institutional control for, among other things, allowing 129 athletes in 13 sports to compete while academically ineligible.

Some may say it may be time to get rid of the school’s athletic programs due to TSU being a public institution that has spent tons of funds dealing with these NCAA investigations, reports, and penalties which puts a dent in the budget.

But do Texas Southern’s problems lie deeper than the eye can see?

Over the last couple of years the stability of Tiger football has been uncertain, playing in multiple locations such as Alexander Durley, the Houston Astro Dome, Delmar Stadium and most recently BBVA Compass Stadium.

This carousel of playing fields has alienated some fans causing the Tiger fan base and attendance to dwindle over the years.  Surly BBVA Compass the new state- of- the- art complex in downtown Houston can be looked to as a cure; but it has been emptier orange seats not Tiger faithful on game day.

With the recent developments in conference expansions and the multi-million dollar facility wars spreading around Texas alone I asked Dr. Charles McClelland, Director of Collegiate Athletics at TSU, will there be any renovations or expansions to Durley Stadium and the Tigers back on campus for good in the near future.

“BBVA is as much our Stadium as it is the Dynamo.  Our lease is with the Houston Sport Authority as well as the Dynamo, Texans, Rockets, and the Astros; thus BBVA is our home stadium,” replied McClelland.

Coming off a 2-9 record under first year head coach Darrell Asberry, the future of Tiger football remains to be seen giving that Asberry has to work around a cloud of NCAA infractions.

Yes, Asberry, a proven winner both as a coach and former player, has the pedigree to help the Tigers regain their strips and hopefully can regain the support and patience of Tiger fans.

No doubt the road ahead for TSU athletics will not be easy, but the athletic department’s atmosphere is very optimistic.  Plus, Texas Southern didn’t have any of its athletic programs to receive an NCAA penalty this year for Academic Progress Rate scores, which is a step in the right direction for the program.

Texas Southern, one of the largest and most comprehensive HBCUs in the nation, has a rich history.  Having a stable TSU not only lives up to the school’s motto of “Excellence in Achievement”, but makes the SWAC that much stronger.