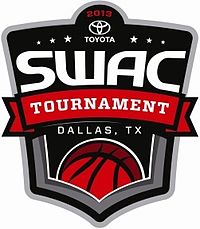 A fight involving the Jackson State men’s basketball team and fans from Prairie View A&M erupted in the stands, during halftime of the women’s second round contest between the two schools at the SWAC Basketball Tournament on Thursday.

Several people involved in the fight were removed from the Curtis Culwell Center in handcuffs by the Garland (TX) Police Department, but only one arrest was made according to SWAC commissioner Duer Sharp.

Sharp says the incident is under investigation.

Here are comments from the commissioner.