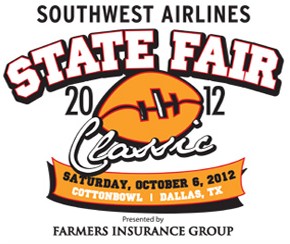 When the Grambling State and Prairie View A&M football teams met last Saturday night at the Cotton Bowl in Dallas for the annual State Fair Classic, it was understood that the losing team would continue its 2012 football campaign without a win.

After the battle was over and the dust had settled, the Panthers (1-5) managed to secure their first win of the season over Grambling (0-5) by a score of 31-14.

For Grambling, the loss to Prairie View was both significant and historic.  Here are 5 reasons why:

1. Worst start since 1941
The last time Grambling fielded a team that began the season 0-5 was in 1941…over 70 years ago.  Records to support this claim are limited and somewhat sketchy.  The 2011 Grambling media guide indicates the 1941 team finished that year with a record of 3-5, but doesn’t provide game-by-game details for that year.  The College Football Warehouse, however, shows that Grambling lost its first 5 games that year to Philander Smith, Jarvis Christian, Alabama A&M, Dillard and Leland.  In his autobiography Never Before Never Again, Eddie Robinson speaks about losing the first 5 games of the 1941 season after a disappointing loss to his alma mater, Leland College, during his first year at Grambling.

2.Back-to-back losses
In a rivalry such as this one, a two-year skid may not be that big a deal.  However, in this case, it is.  PV’s 31-14 win over Grambling this season and their 31-23 win last season marks the first time the Panthers have beaten Grambling for two straight years since they did it back in 1963 and 1964.  William J. Nicks was Prairie View’s head coach at the time.  He is currently the winningest football coach in the school’s history.

3. Only 14 points scored
14 points is the fewest amount of points Grambling has scored against Prairie View since 1967 when the Tigers defeated the Panthers 13-10.

4. Only SWAC team without a win
Grambling’s loss to Prairie View Saturday night not only puts the Tigers at the bottom of the SWAC’s West Division, but also gives the team the proverbial title of “Celler Dweller”.  As it stands now, the G-Men at 0-5, are the only team in the entire conference without a win.