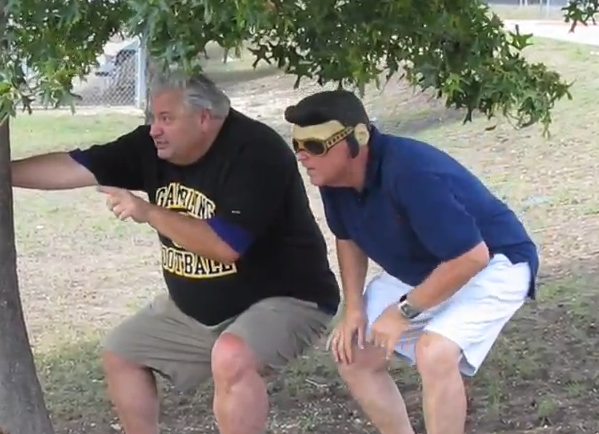 Grambling State and TCU aren’t scheduled to play against each other until Sept. 8  in Fort Worth, Texas.

However, a parody video produced by KillerFrogs.com, an independent website that covers TCU athletics, has gone viral.


The video centers around two TCU supporters who have taken a road trip to Grambling, LA to spy on a GSU football practice session that is conducted by current head coach Doug Williams and the late Eddie Robinson.

In the video the two TCU supporters are in disguise. One is wearing a GSU t-shirt and the other wearing a mask of Elvis Presley.

Needless to say the video has generated mixed reviews by Grambling supporters. Some see it as disrespectful, while others see it as a sign of respect.

You be the judge. Is the video fair or foul?