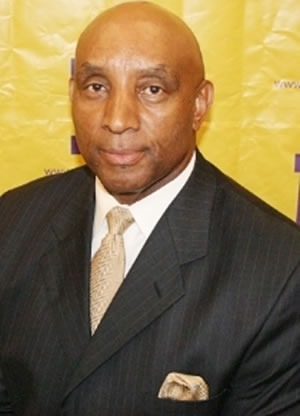 GRAMBLING, LA – After interviewing seven finalists recommended by a search committee, President Frank G. Pogue announced this week that Dr. Percy “Chico” Caldwell will assume the position of Athletic Director at Grambling State University, pending approval by the University of Louisiana System Board of Supervisors. More than 50 applications were received.

“One of the difficult decisions was narrowing this extensive highly qualified pool of candidates to one individual,” says Dr. Pogue. “Dr. Caldwell’s experience and professional preparation will empower Grambling’s athletics to the next level of excellence and bridge the gap between Grambling’s historic achievements and success in athletics and the academic mission of the University. He will bring significant strength to the athletic administration including planning, research, marketing and financial management.”

Dr. Caldwell, a former student athlete, received his doctorate from Iowa State University and earned certification as an Administrative Leadership Evaluator. He received a master’s degree in Health, Physical Education and Recreation from the University of Alabama and a bachelor’s degree in Sociology/Psychology from Miles College in Birmingham, Alabama.

Dr. Caldwell has held several athletic positions over the course of his career. He was inducted into the Basketball Hall of Fame in 1989, named Coach of the Year in 1990 and Athletic Director of the Year in 1991 for the West Virginia Conference. He also served in the United States Army, Military Police Corps.

“To be afforded the employment opportunity at Grambling State University with rich athletics history drawing national attention a great academic institution is special and very exciting. The rich athletics history separates Grambling State University from any other university. The stage is already set, my job will be to start from here assisting Dr. Pogue and his administration continue to operationalize the mission and vision at GSU, says Dr. Caldwell. To be working with Dr. Frank Pogue and the GSU athletics staff will be an amazing opportunity. I am excited to get started.”