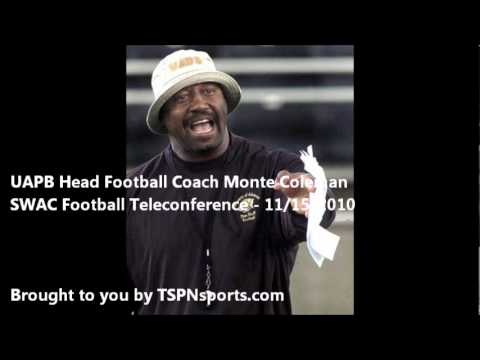 Arkansas-Pine Bluff head football coach Monte Coleman addressed members of the media during Monday’s SWAC football teleconference. Coming off of a 52-30 loss to Jackson State, Coleman talked about how his team will prepare to play the role of spoiler in their season ending contest against Texas Southern this Saturday. A win for UAPB assures the team will end the season with a winning record which is currently at 5-5. Coleman also talked about the chances of senior wide-receiver Raymond Webber playing in the NFL.