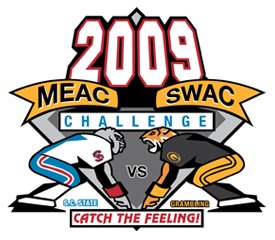 Another highlight of the event will be the presentation of the Walter Payton Achievement Award, which will be presented to one player from each school. The Walter Payton Achievement Award was first presented in 2008 by Payton’s son, Jarrett. The inaugural award recipients were Jackson State University linebacker Marcus Smith and Hampton University wide receiver Kevin Teel.

“I’m really looking forward to the MEAC/SWAC Challenge,” said Winslow, who is the Director of Athletics and Student Wellness at Central State University. “I’m really excited about going down there. As a player, I had a chance to play with several guys from Grambling like Charlie Joiner, Dwight Scales, James Harris and Gary ‘Big Hands’ Johnson.”

“We are honored to have a legend like Kellen to give the keynote address at this year’s banquet,” said MEAC/SWAC Challenge Executive Director Nikki Godfrey. “His words of experience will shed great perspective for the student-athletes gathered for this event.”

About Kellen Winslow
Winslow was the 13th player taken in the first round of the 1979 NFL Draft. He enjoyed a nine-year career with the Chargers; earning All-Pro honors five times and setting both team and league records that stand to this day.

A firm believer that academics and athletics go hand in hand, Winslow graduated from the University of Missouri with a Bachelor’s Degree in Educational Science in Counseling Psychology. He returned to school after his football career and earned his Jurist Doctorate from the University of San Diego School of Law in 1993.

He has served as the Executive Director of the Fritz Pollard Alliance, an affinity group made up of minority members of the National Football League front office, coaching and scouting personnel and most recently as the Director of Planning and New Event Development for Disney’s Wide World of Sports Complex in Orlando, Fla.

Winslow is currently the Director of Athletics and Student Wellness at Central State University in Wilberforce, Ohio.

*More information on Kellen Winslow and SportsNation Poll to vote on whether Winslow is the best tight end to ever play in the NFL.

About Jay Harris
Harris joined ESPN in February 2003 as an ESPNEWS and SportsCenter anchor. In August 2006, Harris was named anchor of the 6 p.m. ET edition of SportsCenter, ESPN’s flagship sports news and information program. Harris came to ESPN from WPGH-TV in Pittsburgh, Pa. where he was a news anchor/reporter.

Harris has more than 14 years experience in television and radio news, including morning news anchor at WAMO-FM and national news at American Urban Radio Networks, both in Pittsburgh and at WOWI-FM in Norfolk, Va.

A native of Norfolk, Harris graduated from Old Dominion University with a bachelor’s degree in speech communication in 1987. In 2003 he was honored with a Distinguished Alumni Award from the University. In 2004, he was the keynote speaker for Old Dominion’s 100th commencement ceremony.

Among his other honors, Harris was part of SportsCenter’s Sports Emmy-winning efforts in 2004 and 2005, and a recipient of the Silver World Medal from the New York Festival Awards, Robert L. Vann Award from the Pittsburgh Black Media Federation, and an EXCEL Award from the Hampton Roads Black Media Professionals.

About the MEAC/SWAC Challenge
Each year, the game is played at a neutral site within the footprint of one of the conferences. The inaugural MEAC/SWAC Challenge in 2005 showcased the MEAC’s South Carolina State vs. Alabama State of the SWAC, with South Carolina State prevailing, 27-14. In 2006, the contest went into overtime with the MEAC’s Hampton University defeating the SWAC’s Grambling State, 27-26. The SWAC earned its first MEAC/SWAC Challenge trophy in 2007 as Southern defeated Florida A&M, 33-27. Last year, the event moved from Legion Field in Birmingham, Ala., to Florida Citrus Bowl Stadium, where the MEAC reclaimed the MEAC/SWAC Challenge crown, as Hampton defeated Jackson State 17-13. The MEAC leads the series 3-1. Teams for future games are determined on an annual basis.